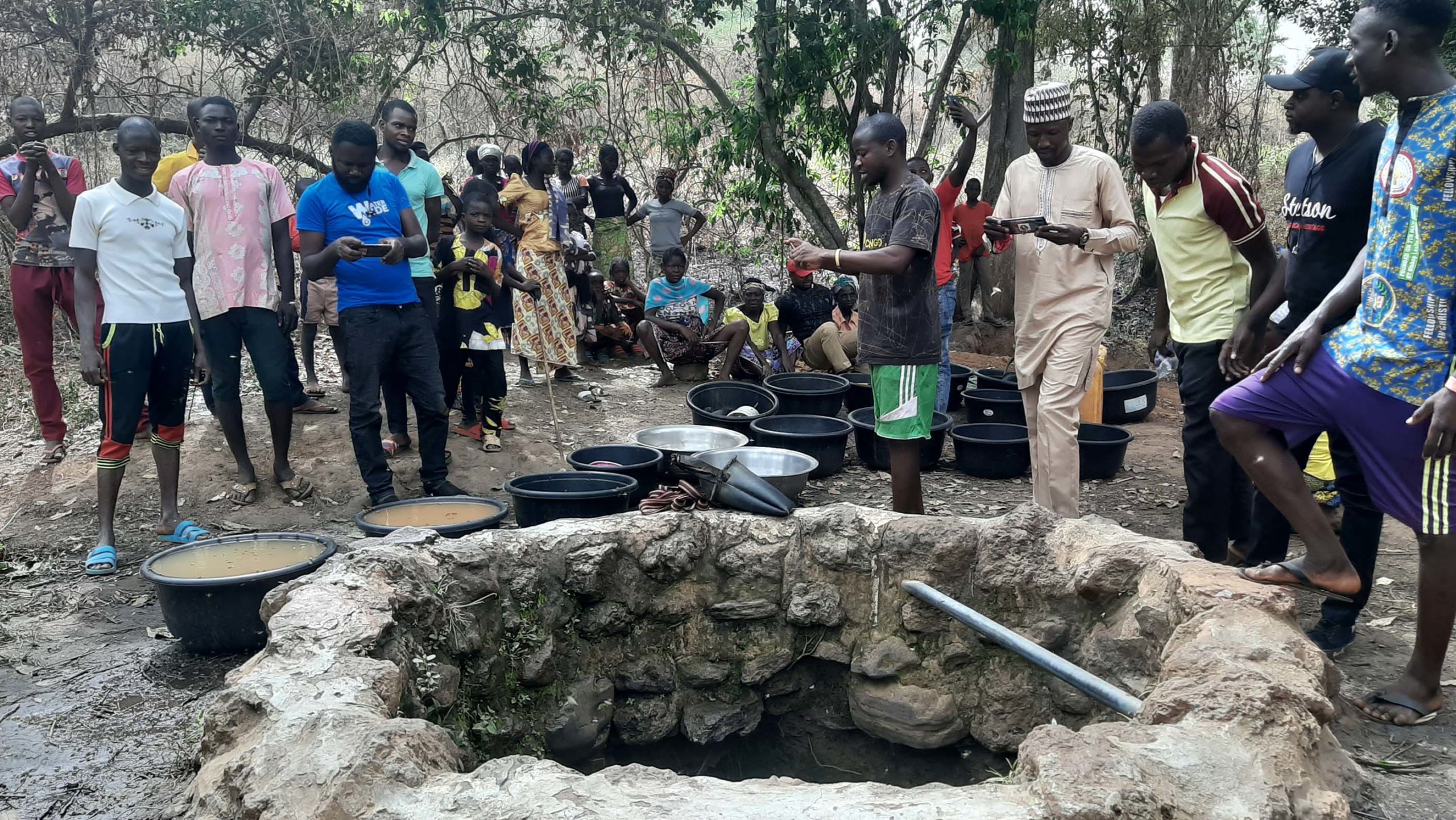 Billions of people around the world especially in rural communities are continuing to suffer from poor access to water, sanitation and hygiene, A Joint Monitoring Programme (JMP) for Water Supply, Sanitation and Hygiene report by WHO and UNICEF revealed that globally, 1.8 billion people have gained access to basic drinking water services since 2000. However, there are still vast inequalities in the accessibility, availability and quality of these services. It is estimated that 1 in 10 people (785 million) still lack basic services, including the 144 million people who drink untreated surface water. The situation is even worse for the people living in Tika community; 10 in 10 people lack access to safe water and this has affected socio-economic development, leaving the community at the mercy of water-related diseases that have led to the loss of lives. 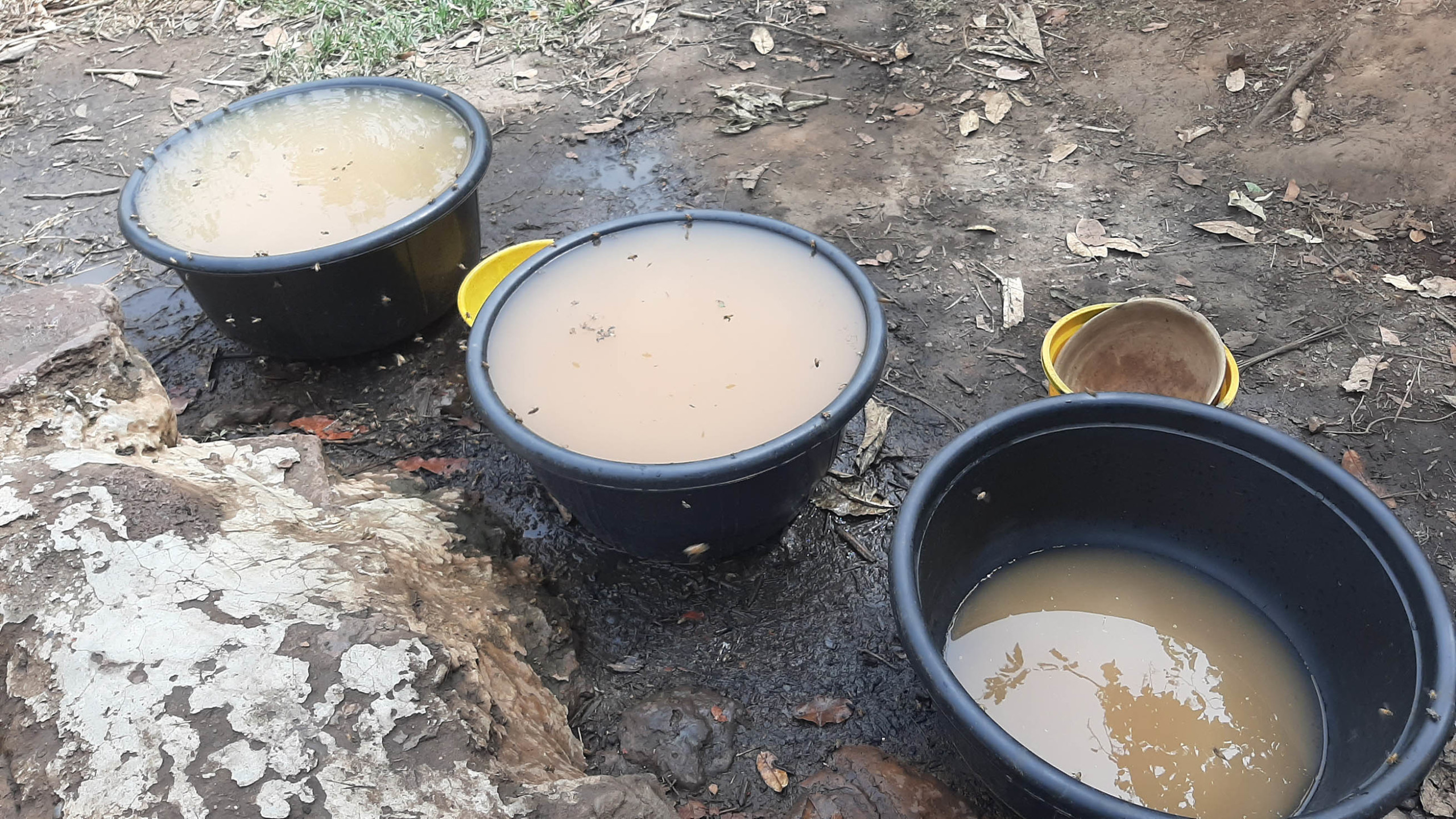 Our attention was drawn to Tika, a rural community in Kuje LGA, Abuja by concerned Twitter users due to excruciating water challenges, pictures of women and children fetching water from ponds and poorly constructed wells were shared.  We, kick-started an investigation, first collating online data about the community, through which we discovered a report by Daily Trust of a young man who was killed while defending women who had gone to fetch water at the only available source of water for their households.

Our team embarked on a preliminary visit to get first-hand information of the situation and were received by the village head; Ayuba Kaura Wadi. 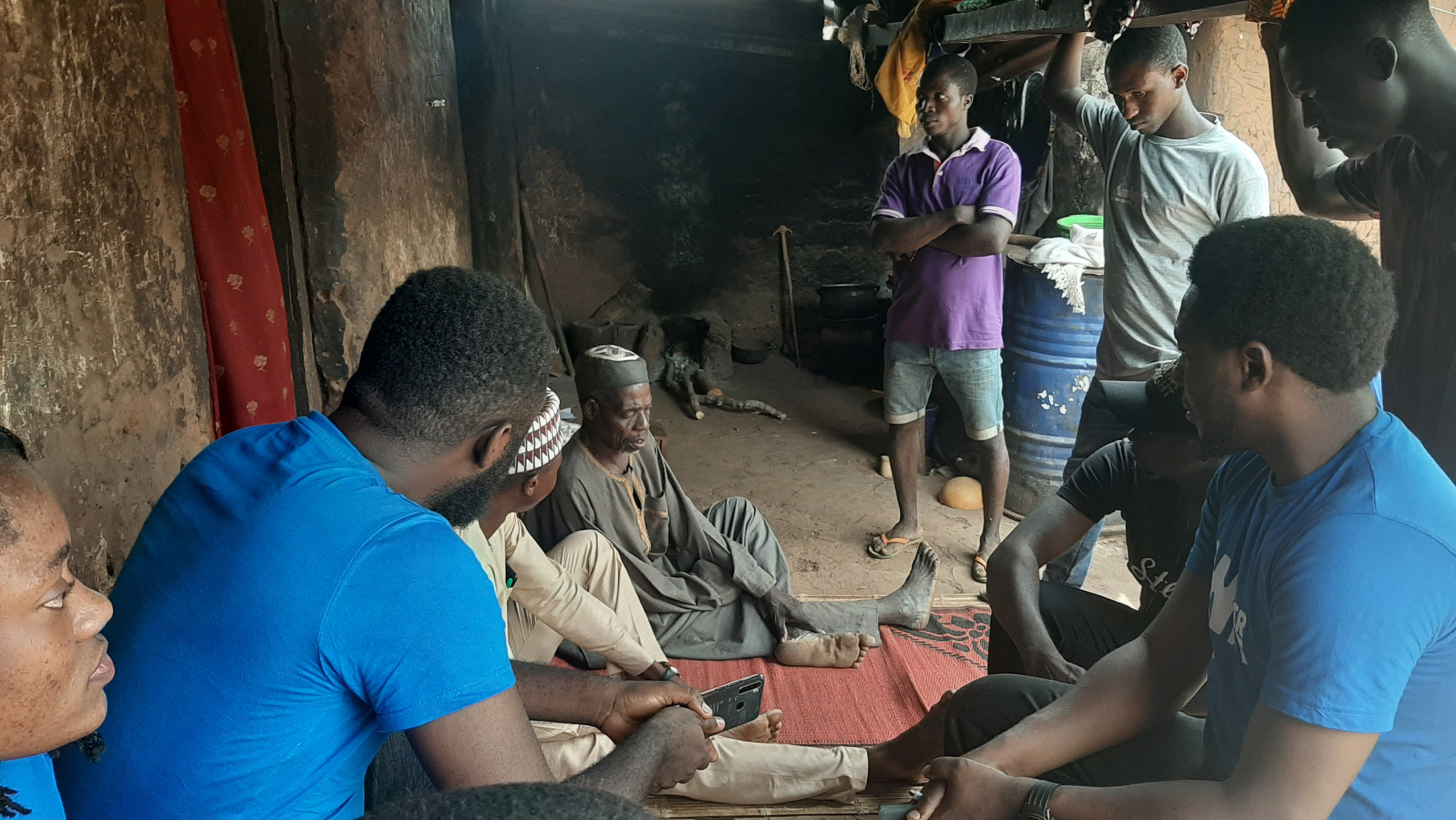 Ayuba Kaura, confirmed that the community has no functioning borehole or safe water source. However, there is an overhead tank that was installed about 20 years ago that has never supplied water to the community because the construction was halted before completion. Unfortunately, the contractor and implementing agency are unknown.

There are over 2,000 people in the community who are predominantly farmers. women and children spend hours trying to get water for their household every morning, afternoon and night and have to travel to an unsafe location to access the closest wells and pond. Confirming the Daily Trust report, Wadi recounted the incident that led to the death of one of the youths in the community.  On the 3rd of March, some women in the community went for their regular night run in search of water at a pond. Unfortunately, they ran into a large group of gunmen. The women on sighting the gunmen quickly turned back and ran to alert the villagers. “It was after they alerted the villagers that some of our youth immediately mobilized themselves to go after the gunmen at the stream. Sadly,, they shot and killed a member of our community. Since this incident, we mobilise some of our youths to accompany the women whenever they want to fetch water. Now not only do our women spend the time they would have used for more productive ventures, our youths are now forced to join in these hours of time wastage, this won’t happen if we had  safe water supply within the community.”

Furthermore, Wadi added that 11 community members died from water-related diseases in 2019 while  many others are currently receiving treatments for the same. Even more troubling is that the community does not have a Primary Health Center (PHC).  The nearest PHC is about 4 kilometres away at Rubochi. “Every election year, campaigners come with promises of proffering a solution to the  water-related challenges if we vote for them, after they assume office, they don’t fulfil their promises. All we are asking is to have access to safe water that we deserve, our community has suffered government neglect”. 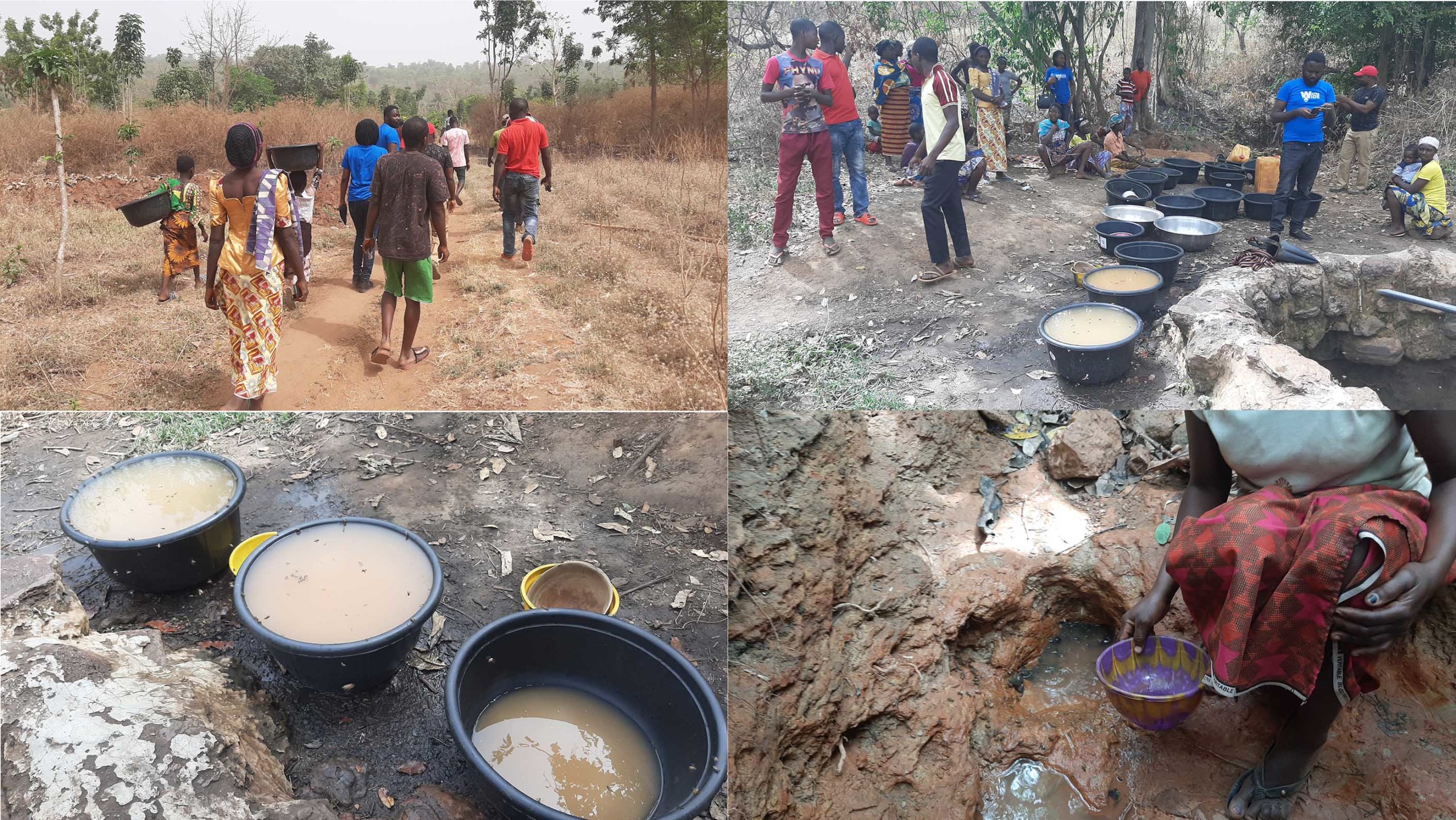 Different water source of the community

We took a tour of the wells and the water pond where we found women and children sitting down waiting for the water to gather up so they could fetch, some of them had fetched the water and were waiting for others so they could return to the community in groups. There were countless bees hovering around the wells and by the little pond where we met Mrs Salomi fetching water, we counted more than 20 frogs in the water. 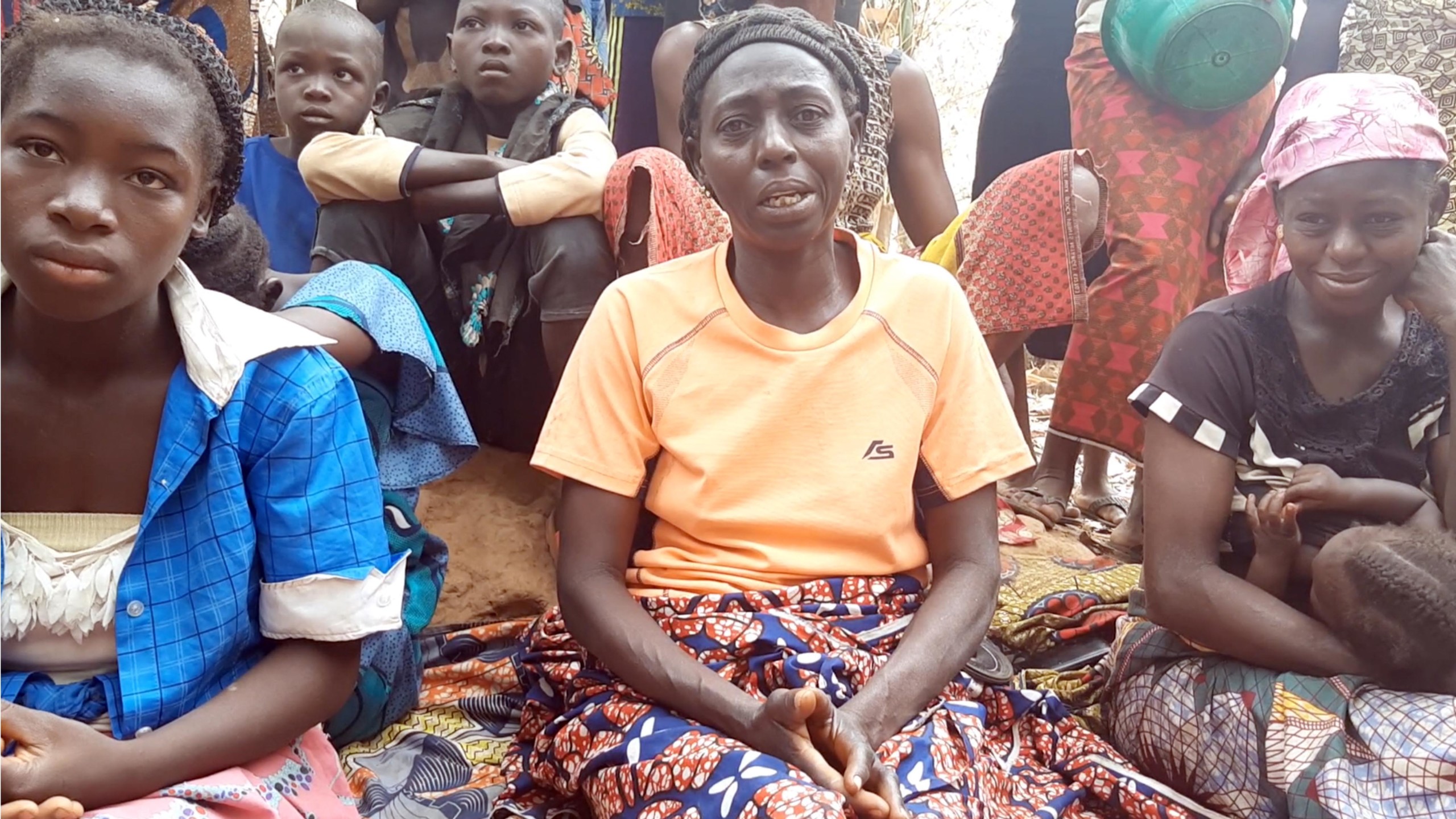 We spoke with Mrs Salma (Assistant Women’s Leader), She narrated their ordeal getting water, “we arrived at the well before dawn and it is 10:45 am and we are still here, the water comes out little by little. I have children and they all have suffered from water-related diseases including myself, just take a look at this water – she said, pointing at a bucket of brown colored water – this is what we drink, bathe, wash our clothes and kitchen utensils with. We deserve better.” 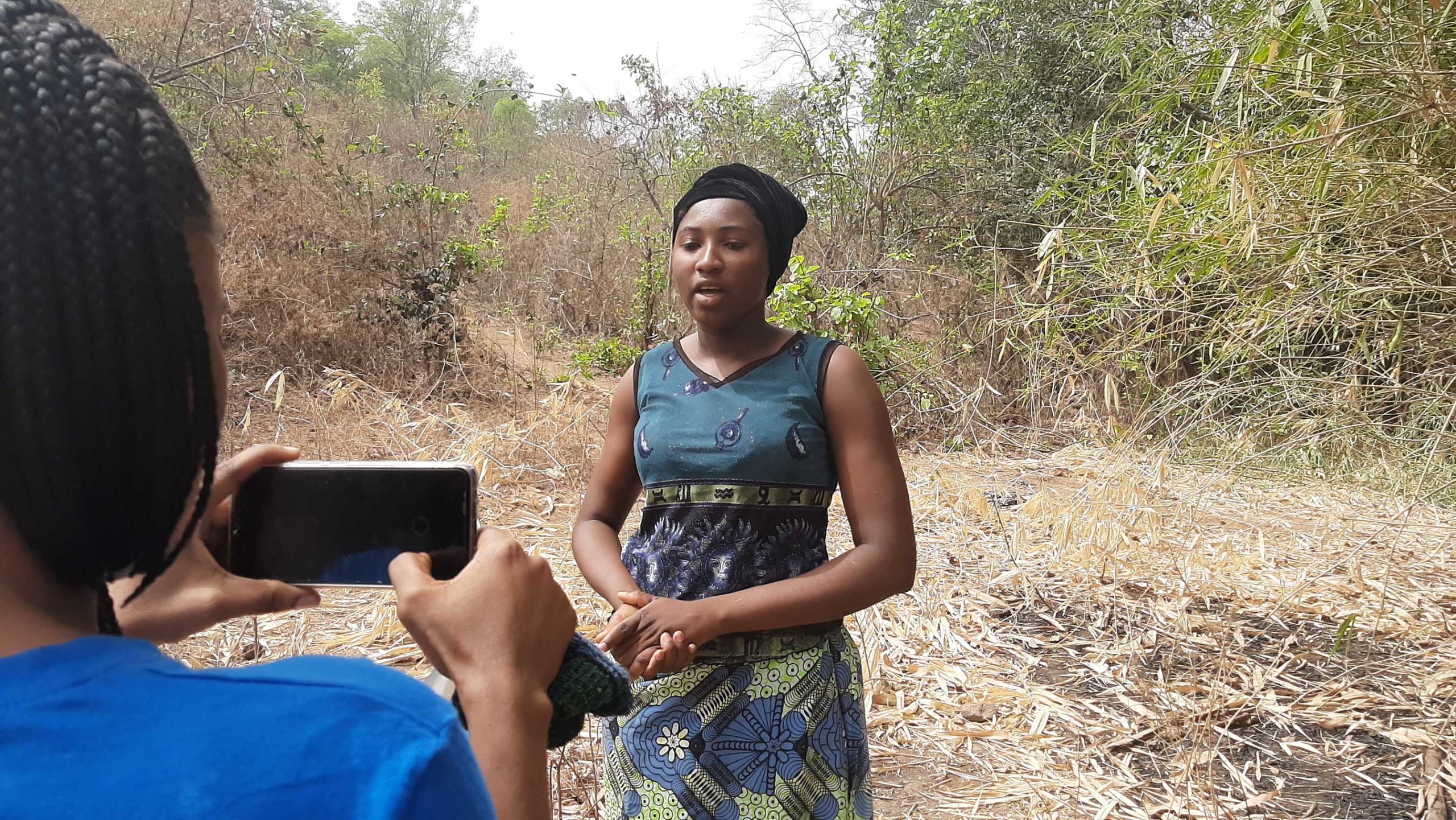 An interview with Phoebe Iliya

For 18-year-old Phoebe Iliya, managing her menstruation is tedious, the water is not hygienic and safe for clean up. “We have to fetch the water and keep it for a long period of time so  the dirt will settle at the bottom and then use the top to wash.” Menstruation for some doesn’t come with hours of notice, which means it is possible for you to start menstruating and you won’t have access to clean or safe water. “We do not have enough money to buy the regular sanitary pad, we use rags. Washing the rags with this water is harmful to us because most of us contract vaginal and skin infections. For me, the menstruation period is one of the most challenging days of the month where I have to struggle to stay clean and not have a foul smell from my body. 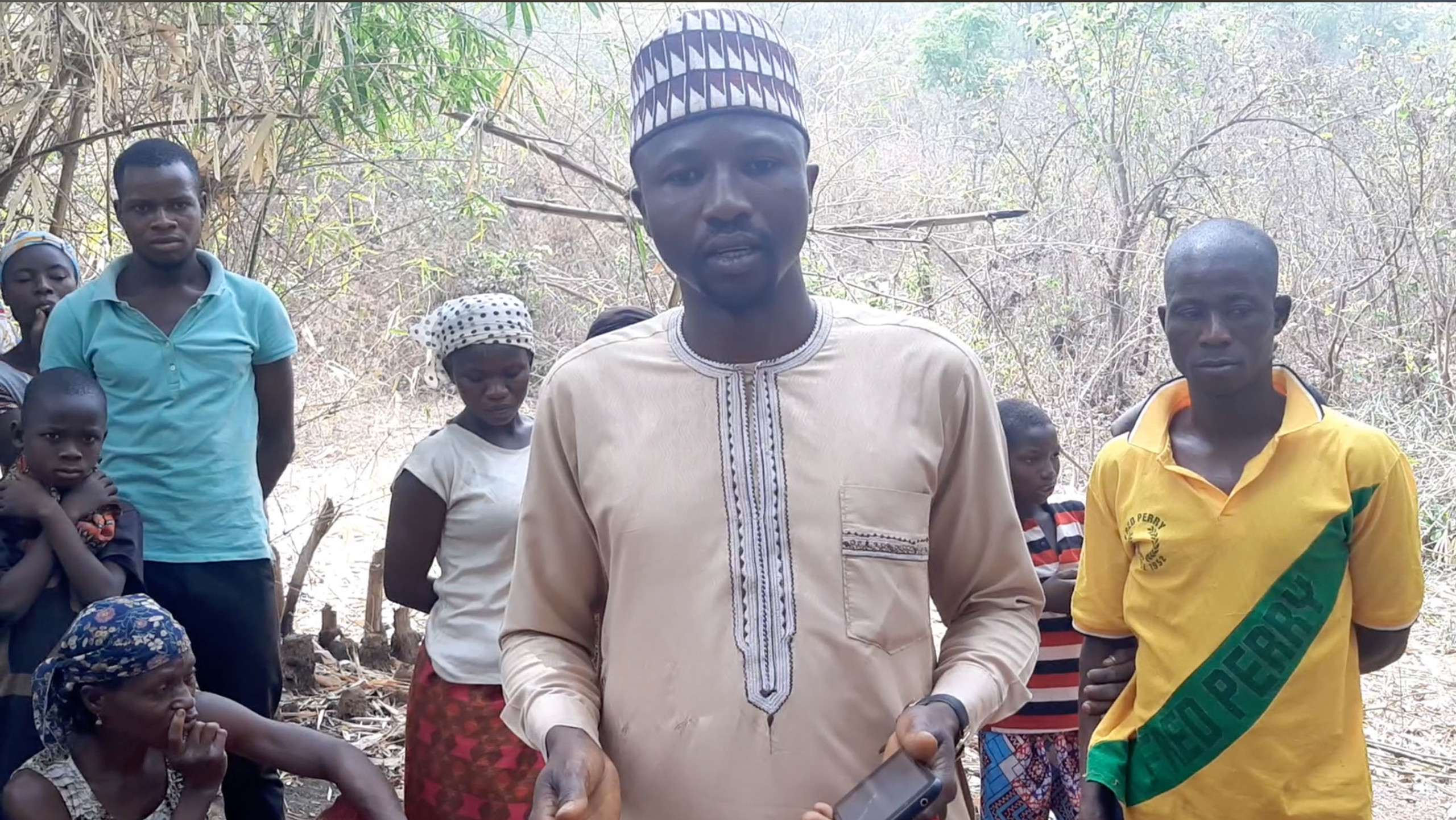 Iliya Jairus, a representative of the youth in the community lamented that the government needs to do more for the  community, he stressed that they had been used, they mobilise themselves in mass to vote for candidates with promises of water supply. “We cast our votes and we should enjoy the basic social amenities that should be ascribed to every society. It is our right to have safe water and I can outrightly say that it is trampled upon.”

To ensure that the people of Tika have access to safe water supply, we are activating a campaign #WaterTika to amplify the voices and the living condition of people in this community. We will also build their capacity to engage the government and demand-responsive and swift action to address the water challenges. 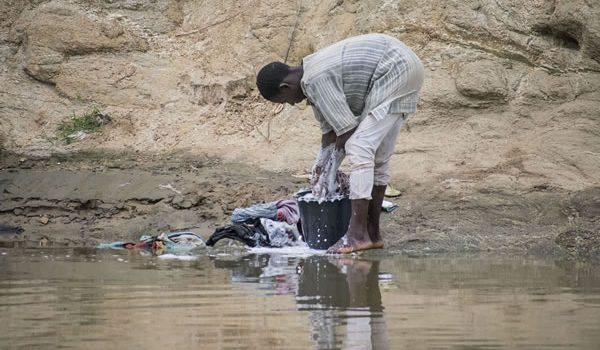 Water is crucial for human existence. An adequate supply of clean water is one of... 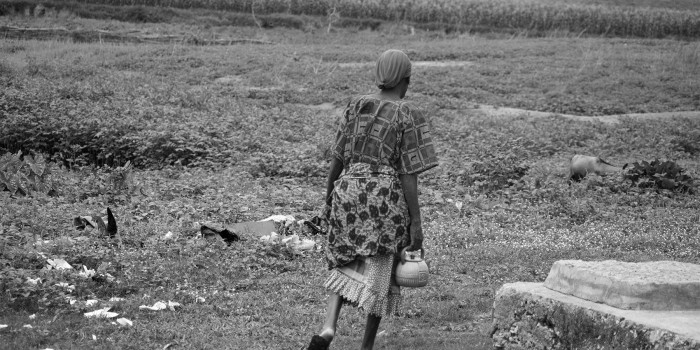 One in three people in the world are in danger of sickness and disease because...